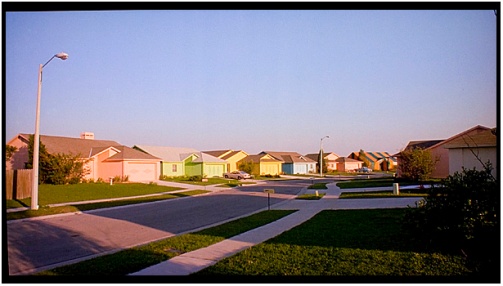 “Bryce, you’re up today.” Clancy grunted lazily while staring blankly at the multiples screens before him “Everything seems in order, like always, but you need to make the daily walk.”

A woman immediately woke up from her numbness and leapt to her feet, but Bryce interrupted whatever she was going to say “We’ve been through this. I am new, but I am fit for purpose, I don’t need anyone to supervise me. I passed all the ability tests. I can catch every signal.” he said vehemently.

“He’s going, Larissa.” Clancy intervened “Everything has been calm ever since we locked up those disturbers… the philosophers.” he snarled.

Bryce twitched his lips in a brief smirk. All the Peace Keepers had high hopes for him considering he had got remarkably high results in all the parameters of brain activity. All of them except for Larissa who he caught discreetly fidgeting with her hands while looking stealthily at him.

He got his first assignment on his own and he was going to make sure he was successful at it. His uniform was perfectly ironed, showing off the shiny blue and white badge that said “Peace Keeper” and then in smaller letters “I am here to help”. He was strolling through the meticulously clean streets of Spring Creek absently whistling tunelessly to “Imagine”. Looking left and right, occasionally nodding his head to greet a fellow citizen, he contemplated the cadenced movement of similar looking people and the sequence of organized houses displayed equally distant from each other like coloured graves in the cemetery. Filling his lungs with the warm air around him, he contemplated with love in his eyes the surroundings, like God would contemplate His divine creation.

Everything is perfect. He wasn’t catching any signal at all, his mind was completely blank in a peaceful emptiness. All he could hear in the back of his mind was a remote echo of the song he was unconsciously intoning and an inconsistent soft buzz. Buzzing was good. Buzzing meant no major thought was happening in the neighbourhood: shopping, cleaning, to-do lists, but definitely nothing dangerous, criminal, or worse, philosophical.

Unexpectedly, a cold shiver immediately put a stop to his recreational promenade and now his senses were alert. Bryce knew this feeling, he had dealt with it during his tests. Some dangerous activity was being done, some shadow of an erratic peril was lurking around, threatening to ravage and destroy everything he knew into ashes.

Concentrating, he started to capture intermittent signals, which were increasingly becoming louder in comparison to the soft buzz, until he could distinguish muffled words in his head. Tyranny… machine-men… numb… have… to… wake… up… have to… fight… freedom. Without realizing what he was doing, his legs run into the voices in his head, entered a house, until the faint sounds were now clear as speaking voices. We’re pawns in a chess game, not human anymore. Not happy, nor sad, nothing. We boast our society, progress, order. The only good I can feel is blackout drunk puking all over myself. This society will die, your days are counted. More of me will come.

Mouth wide open, Bryce gazed at his neighbour, words echoing in his dizzy head, feeling like collapsing to the ground. He gathered strength and shakily tried to speak. “No. You are evil. You want to destroy peace, everything we’ve created. In our society there’s no suffering, no war, no pain. It is perfect. People are happy.” He was gaining strength, surprised at his own previous weakness. “You are a part of a plague, you are an evil to wipe out. For the greater good. I have to arrest you.” he paused and solemnly touched his Peace Keeper’s badge “There has to be order.”

Is bullying an actual problem or just a part of growing up? »
« Being Human is a Blessing.

Search I Think Therefore I Exist