Is atheism shaping the minds of young people?

Once, religion used to regulate all aspects of the people’s lives: diet, habits, leisure, sexuality, beliefs, relation between family, morality and values. Nowadays, however, religion’s influence has significantly dropped: people are not massively going systematically to Church as they used to, culture has become for the most part secular and every aspect of life in general has become much more liberal. Religion used to be a source of comfort and meaning, church used to be the judge of one’s behaviour and God the ultimate hope for a reward of the Earthly sacrifices. But now, these values have changed and we are turning to more materialistic values like consumption and entertainment.

I cannot possibly deny religion’s influence in today’s world – and that’s not what I’m attempting, but I would argue that my culture (European) is nowadays more shaped by atheism than by any other religion. As much as the older generations still maintain a strong bond with their Church and the Church still conditions their beliefs and conduct, being part of a Church has become more uncommon in younger generations than the other way around (article regarding the rise of atheism). Despite regional variation, I will risk to say that the trend among younger generations is either atheism or agnosticism.

This is, I believe, a positive change in many aspects. Without the weight of the original sin, we are freer to learn about ourselves, the world and each other, instead of constantly trying to redeem ourselves from a constant feeling of guilt. Sexuality is becoming more and more natural instead of something dirty and sinful. Without a leader telling us what to think all the time, multiple opinions and ways of life have spread and the world is as diverse as ever. Not having a definite moral pattern has made our societies more prone to difference and therefore made us more tolerant.

All these may seem – and they are – still very embryonic. Even in Europe, our societies are not even close to the tolerant, diverse and peaceful society that I’ve described. But the decrease of the Church’s influence, I think, has played an important part in these changes. Note that I’m saying Church and not religion. The Church (whichever it is) is made by people and, therefore, reproduces human flaws, which lead to disastrous consequences considering its enormous influence. The Church, mimicking human intolerance and difficulty to accept difference, has tried to suppress these differences and create a pattern of conduct that, in my view, has nothing to do with religiousness or spirituality. While religion is mostly a connection between the individual and the divine, Church has claimed the monopoly of spirituality, creating a framework that separated right from wrong in a completely human way.

This being said, I think I justified why I think this decrease of influence is a positive change in order to create a fairer and more tolerant society. This doesn’t mean, however, that I think atheism is the right path for it either.

Atheism is based on the belief that there is no such thing as a divine entity. Although the majority of non-religious people are not actually decisively atheists, this frame of thought does condition major areas of today’s society. To not believe in God is radically different than to believe that there is no God. It is a certainty based on arguments as valid as the certainty of its existence. However, it is widely seen as rational and logical. Science is the new God and explains everything there needs to be explained. Metaphysical questions do not have space in this new scientific, empirical world.

One of the most common (and dangerous) manifestations of this new feeling is the thought that only what can be seen or scientifically proved can be seen as true. At the first sight this may seem like a fair statement but it has lead to a very individualistic and materialistic way of living. Honesty, respect, and the value of the human life can’t be objectively seen or scientifically proved and therefore have been despised and undervalued multiple times. In the past, religion used to repress selfish desires but nowadays, without the fear of damnation and without a sense of spirituality that would make us look past the material values, selfishness is natural and sometimes even fashionable.

Furthermore, atheism is not only the rejection of God, but the rejection of any transcendentalism whatsoever. With the same dogmatic attitude religion has, atheism confidently affirms there is nothing out there. That’s pretty depressing. That’s also very homocentric and arrogant. How can anyone possibly claim to know all the mysteries of the Universe and life? And, most of all, how can that claim be rational, since there’s no way to prove it?

Spirituality is something so transcendental and vague that can cause confusion, frustration and even anger. I get it. But maybe we don’t actually need to know what is out there, if something. Maybe we could just enjoy the miracles of life and look for our own relationship with the world and its energies. We don’t actually have to understand them in order to be part of them. We just need to find our own relationship with the world. Otherwise there is a part missing.

When I parted my ways with God, I felt very cynical and arrogant about these matters. I didn’t want to believe in anything. I don’t believe in anything, I only believe in science. Whenever someone would talk about their beliefs, whether religious or not, I would scorn. I had already figured out the world’s secret and the world’s secret was that there is no secret at all. But after a few years I started looking at it in a different way.

Spirituality can be found in many places – some find it through prayer, some through meditation, some through contemplation, some through music and art. Some find it in the relationship with Nature, some find it in loved ones, in pets and in children. I look at the sky and see the immensity of the Universe. Truth is we find magic everywhere if we look for it, and this doesn’t have to be a deeply complicated concept. Being alive in itself is magical. We can’t explain it. We don’t need to explain it. But we need to cherish it and respect it.

Losing our spirituality is the same as being mutilated. We live but only partially. We are disconnected from the rest of the Universe. As I said, this doesn’t have to be some really complicated religious sect rituals and prayers. For me is yoga (respecting my own body and getting to know it), walking through Nature and feel how everything is connected, having moments of mindfulness (not thinking about what has happened nor what will happen in the future) and internally and externally sending out positive energies to all beings as much as I can (recognizing that inside everyone there is a “spirit” – or whatever you call it – that it is just like mine).

So what I am saying in other words is that everyone should find their own personal path to inner peace and, in my opinion, that is not possible without our transcendentalism. I just think it is really sad that one day I said I went for a walk in the woods and felt like I was truly in communion with Nature, like my heart was beating according to its rhythm and the person replied What are you talking about? I don’t believe in those things. 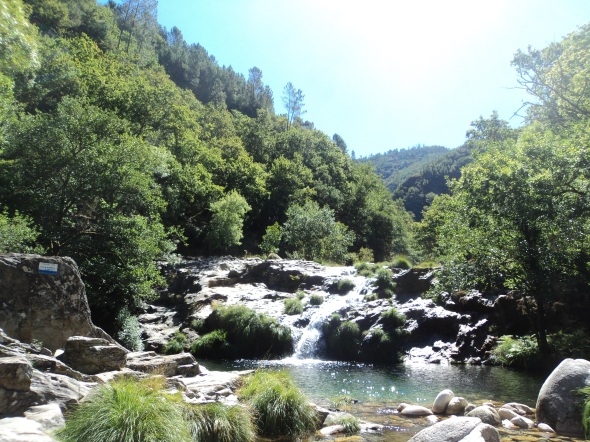 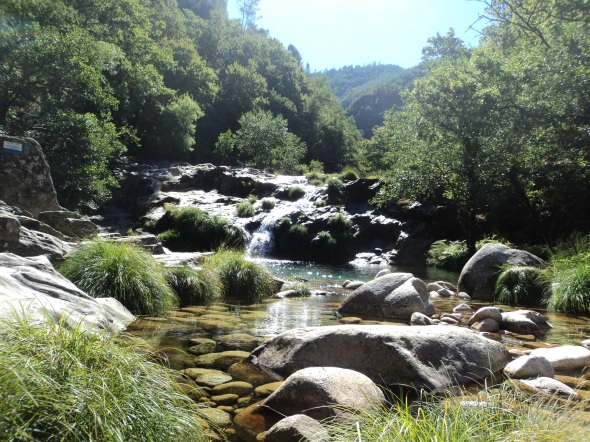 P.S.: I was in this beautiful place.

I am enough. I have enough. But do I do enough? »
« We don’t need any more reasons to be divided.

Search I Think Therefore I Exist